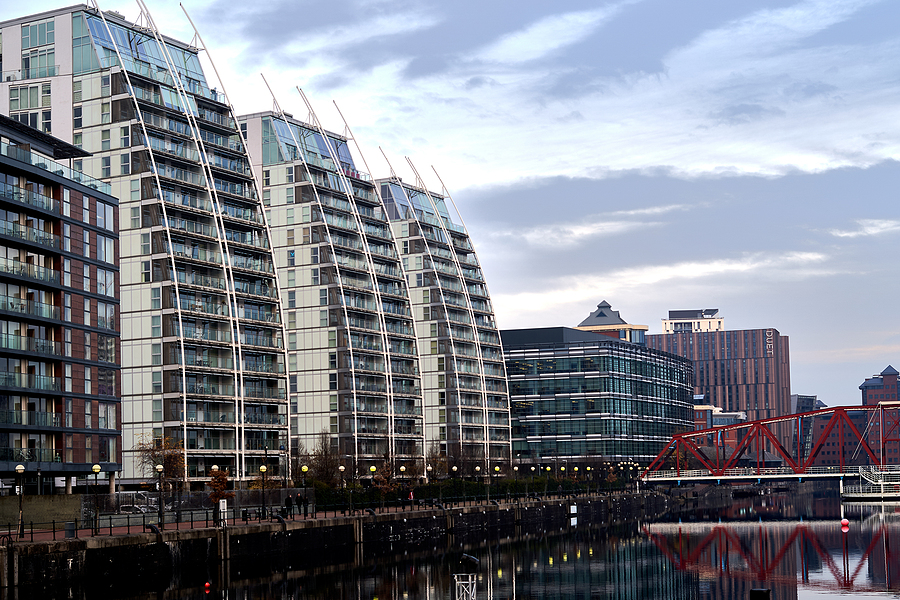 The latest proposed large-scale development on the edge of Manchester city centre has gained planning permission, highlighting the ongoing influx of development finance into the ever-expanding heart of the conurbation.

Planners have given the Gasworks New Town the green light, which means developer MCR Property Group can now develop the 6.5-acre former Rochdale Road Gasworks site with 1,200 new homes, made up of apartments and townhouses.

The development will cost £400 million and will feature nine different buildings, the tallest of which will rise to 34 storeys. This skyscraper will be completed in 2030, 15 years after MCR Property bought the site.

It will be part of the wider Victoria North masterplan, originally known as the Northern Gateway Strategic Regeneration Framework. This scheme will not just include major developments to expand the city centre, but 15,000 new homes across an area stretching into Manchester’s northern suburbs.

The Gasworks development lies adjacent to a number of other new developments that ring the city centre, often financed by property development investors from around the world.

To the south, on the eastern edge of the city centre, is New Islington with its mix of apartments, repurposed warehouses and a small number of self-built homes. To the north-west are the new NOMA developments around Angel Meadows and, beyond that, the Green Quarter, a series of large apartment blocks north of Victoria Station.

On the other side of Victoria, central Salford is being transformed with a plethora of new developments and just beyond this, one of the largest developments of all is the massive Middlewood Locks redevelopment, led by Singapore-based Scarborough International with over 3,800 homes planned as part of a mixed-use brownfield scheme.

With further major developments in place or planned for Pomona Island to the west, in Hulme to the south and at Mayfield on the south-eastern edge of the centre, this latest development is a further step in the huge influx of development capital into Manchester, both in the traditional city centre and increasingly beyond.